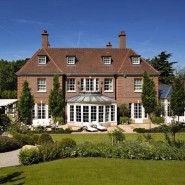 Prime Central London real estate prices are falling, but buyers are still looking to the country, according to a report from The Buying Solution, Knight Frank’s independent buying consultancy.

“The Buying Solution Insight Report” shows growth has declined from 8.1 percent to -0.6 percent in the two years to June 2016, with sellers reducing prices by 10 percent or more to counter transaction costs, including recent stamp duty implementations. Nevertheless, value-minded consumers are diverging from the city center to find larger homes for lower prices.

“We have seen in the last one to two years that prime Central London, for many people, has become too expensive,” said Jonathan Bramwell, country head at The Buying Solution. “A lot of international money has been coming into London looking for investment properties, or people are relocating here for work, so lots of people have been priced out of traditional areas where 10 years ago they would have expected to live.

“We have seen a lot of people move out of London seeking better values of money in other cities, in the country, where price per square foot you’re paying maybe 50 percent less than you would be settling for in certain parts of London,” he said.

Country life
In London, the ratio between active buyers and available luxury properties is half of recent numbers, but year-on-year viewings are 43 percent higher, suggesting strong underlying demand. 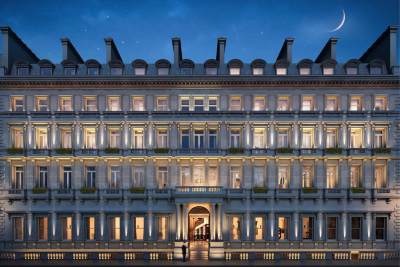 Even with prices falling recently, many would-be buyers are looking elsewhere for better value, especially if they have kids of primary school age. Some are looking to cities such as Chatman, where prices are significantly lower and schools come with high commendation, while others are turning to the country.

Stamp duty was also a deterrent to buyers in the country, particularly those shopping at the top of the market. Growth from March 2015 to March 2016 was a slight 1.3 percent, compared to 5.2 percent in 2014.

Nevertheless, demand appears robust, with a 20 percent increase in viewings and 9 percent jump in new buyers. Properties close to schools are coveted, while weekend- and second-home buyers clamor for homes near transport hubs or with an impressive array of amenities.

The Brexit referendum also slowed the market in the months leading up to the vote, due to the uncertainty as to how constituents would vote. In the weeks since, The Buying Solution has not seen any buyers go on hold. 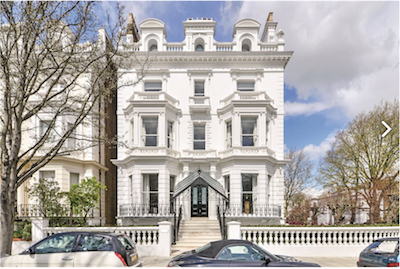 Will supply low both in prime London as well as surrounding areas, buyers and sellers are often making need-based transactions, meaning they cannot let Brexit feelings encumber their day-to-day actions. From the seller’s point of view, the referendum has led to more realistic pricing, helping to speed up the market in the short term.

The short-term has also seen an influx in international buyers, who are liquefying assets and pulling out savings in other countries to pounce on the pound’s falling value. The longer-term impacts, however, are still too difficult to predict.

Packing my bags
While The Buying Solution is refraining from making its own predictions, a recent Knight Frank report did make predictions.

Despite immediate damages, the Brexit referendum’s long-term impact on the United Kingdom’s housing market will be minimal, the firm suggests.

Knight Frank anticipates near-term volatility and declines, some of which are already visible in the form of devalued currency and stock market drops, but real estate will likely remain a stable long-term investment. Real estate has always been a sector whose strengths must be examined in the long-term, and low supply and other underlying strengths of the U.K. bode well for the market (see story).

Brexit’s implications for luxury extend beyond the real estate market.

Chief among the concerns will be the fate of the rich and super-rich’s investments in the U.K., especially the performance of the London Stock Exchange and European and American bourses to which their net worth is indexed.

Also worrisome is the issue of free movement of labor within the E.U. Border controls may deter impulse travelers from day or weekend trips to the continent and vice versa for visitors to the British Isles.

Visa requirements may also return. And free movement of skilled labor will be affected as part of an anti-immigrant backlash that fueled the no-E.U. vote (see story).

“I think the big concern for everybody at the present moment in time is, ‘What will happen to supply?’” Bramwell said. “There may not be much new stock coming to the market, and that’s worrying from a buyer’s point of view and it does mean with less stock around and people still moving, it’s going to help maintain prices for longer.”
High London prices driving value-minded consumers to the country: report syndicated from http://www.diditangroup.com